Start a Wiki
Count Vladimir "Sam" Dracula is a seemingly immortal vampire with extensive skills in magic and science, best known as "Grandpa" to his family. He was played by comedy actor Al Lewis.

Count Vladimir Dracula was born in 1367 in Transylvania, by his own admission, he has been married 167 times throughout his long lifetime but because of his undead status he tends to outlive each new woman he marries, but despite their deaths, he still visits their ghosts and/or undead corpses quite often and they are all still on good terms. His favorite wife though was his 13th wife, the late Grandma Dracula who he had several children with, notably Lily Munster, Lester Dracula and Marilyn's mother. He also had many other children apparently, as Lily claims that she had a "whole mausoleum" full of brothers and sisters to play with as a child, with these other countless children presumably being the result of Grandpa's many other marriages.

While loving all his kids he thought little of his eldest son Lester, whom he considers a "loser" and a "bum" due to his constant failures and poor financial choices.

Herman Munster would later marry her daughter Lily Munster in the mid 1800s after the marriage they moved to 1313 Mockingbird Lane and Count Dracula later moved there during the late 1890s. 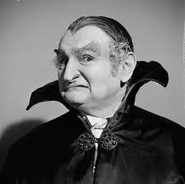 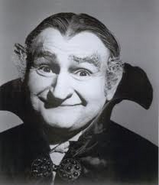 Add a photo to this gallery
Retrieved from "https://munster.fandom.com/wiki/Count_Dracula?oldid=5456"
Community content is available under CC-BY-SA unless otherwise noted.