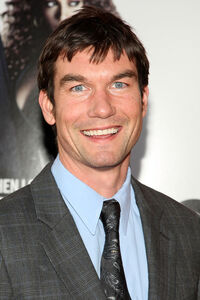 Jerry O'Connell (born February 17, 1974) is an American actor, best known for his roles in the TV series Sliders, The Defenders, and Crossing Jordan and in the films My Secret Identity, Stand by Me, Kangaroo Jack, Scream 2 and Piranha 3D.

In Mockingbird Lane, O'Connell plays the role of Herman Munster.

Retrieved from "https://munster.fandom.com/wiki/Jerry_O%27Connell?oldid=4569"
Community content is available under CC-BY-SA unless otherwise noted.